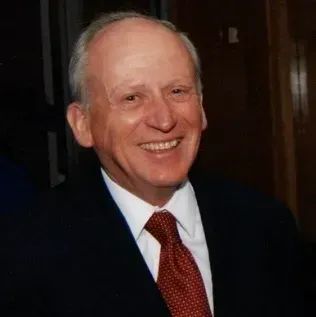 Ambassador Mark Johnson (ret.) is Vice Chair of the U.S. Center for Citizen Diplomacy and former national Vice Chair of the World Affairs Councils of America in Washington, D.C. He has served as a Mansfield Adjunct Professor at the Maureen and Mike Mansfield Center of the University of Montana and in 2000, founded the Montana World Affairs Council, a nonpartisan, nonprofit organization dedicated to connecting Montanans with the world around them. Ambassador Johnson retired from the U.S. State Department after serving 30 years in a variety of foreign policy positions. He was United States Ambassador to Senegal from 1993-1996. At the time of his retirement, he was Deputy Inspector General of the State Department.

Mr. Johnson began his diplomatic career in Kuwait as a Commercial Attaché. He returned to Kuwait in 1991 as Deputy Chief of Mission to reopen the Embassy during the Desert Storm military campaign. From 1989 – 1990, Amb. Johnson served as Deputy Chief of Mission at the American Embassy in Cairo, Egypt and was engaged in the Middle East peace process.From 1986 – 1989. At this time, Amb. Johnson held the position of Deputy Assistant Secretary of State for Legislative Affairs. His service in Africa includes postings in Kenya and Burkina Faso. He served in the Office of Iranian Affairs and on the Iran Hostages Working Group from 1977 – 1980. In 1992, President George Bush awarded him the President’s Meritorious Service Award. Amb. Johnson received a BSFS from the School of Foreign Service at Georgetown University and an MA in International Economics from George Washington University. He is a fourth generation Montanan and is married to Sally J. Cummins who is an Attorney-Adviser with the US State Department. They live in Lolo, Montana.