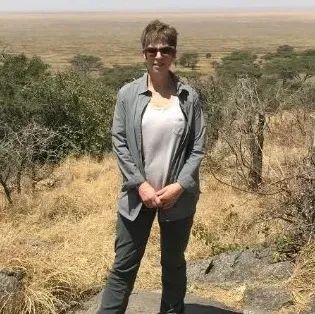 A Montanan by birth, Lauren was raised in Great Falls, attended the University of Montana and then moved to the San Francisco Bay Area after graduation. During her years at the University, Lauren traveled with Semester at Sea, which began her lifelong love of travel. In the Bay Area she worked in the investment industry for many years before choosing to stay at home with her two boys, Nick and Ian.

Lauren met her husband Tim Descamps racing sailboats on the San Francisco Bay. In 2004, they decided to relocate from California back to her beloved Montana to raise their boys. In Missoula, Lauren has been involved with many community groups and activities such as Paxson PTA, Mount Sentinel Little League, Missoula Mavericks Baseball, Loyola Sacred Heart Foundation, University of Montana Foundation and many other volunteer organizations. Lauren’s boys have now both graduated from college with Nick working in DC and Ian deciding on grad schools, but both have hopes of returning to Montana sometime in their future.

Now that the boys are gone, Lauren and Tim have started doing more adventure travel. They have climbed to Machu Pichu (2016) and summited Kilimanjaro (2018). Who knows where their travels will take them in the future. When not traveling, Lauren still is involved in many community activities, loves to ski at Big Sky and hike anywhere in Montana.